Dimitri Roche is a software engineer based in New York City, where our paths first aligned based on a mutual love of Shake Shack.

If you’re not yet familiar, Shake Shack is a tasty burger chain founded by hospitality-guru Danny Meyer. Praised for juicy burgers, crispy fries, and malty shakes, Shake Shake is perhaps best known for the infamously long line at its flagship Madison Square Park location (you can check out their 24/7 live webcam if you don’t believe me). Forgetting to check The Shack Cam has devastated many a lunch hour for NYC’s Flatiron office dwellers.

We sat down with Dimitri to chat about Shake Shack, the challenges and opportunities of “Edge AI”, and how to get started with deep learning.

I love your crowd counting project because it’s the perfect blend of cool new technology with something practical in the real world. Tell me, what’s the longest you’ve ever waiting in line at Shake Shack?

At least thirty minutes at Madison Square Park. It was worth it.

What led you to think that a deep learning approach could help solve this problem?

Deep learning excels at taking fuzzy input to answer a specific question. I’ve been collaborating with Steve Berry, of Thought Merchants, for a while now and we wanted to create a fun proof-of-concept product for this emerging technology. Given that the Shake Cam is a fixed camera with some consistency in the backdrop, I thought it would translate well to the ML domain and Steve thought it could be an interesting brand. I then set out to answer the question: how many people are in line?

So, how exactly does your crowd-counting model work?

After quickly realizing that off the shelf object detection wouldn’t work due to how dense crowds get, I started reading white papers about crowd counting and settled on multi-scale convolutional neural network. It feeds an image into a multi-column convolutional neural network (CNN) that maps heads to a density or heat map. The sum of all these pixels are the final size of the crowd.

What do you mean by that?

The people sitting and eating are no longer in line and need to be excluded. Another fuzzy input scenario. This is solved with a second neural network of two dense layers, trained against the heatmap, to exclude people not in the contiguous series of dots from the front of the line.

Now, let’s try same question, but as a Reddit-style ELI5 “Explain Like I’m Five.” How does your crowd-counting app work?

My app Count creates a heatmap of heads where 1.0 is present and 0.0 is absent, then adds up all the pixels in the image to get the total size of the crowd. From this crowd, it figures out how many people are actually waiting by seeing which dots make up a solid line, and only counts those pixels.

What were the biggest challenges you faced in developing your original crowd counting model?

Before we dig into the CoreML version, I have a follow-up question. I’m surprised you didn’t mention data annotation, data processing, or data version control as an overall challenge. Can you let us know how you handled your data pipeline for this project?

Well, I solved the annotation problem by throwing some money at it. I duct-taped together a head annotator and crowd sourced the work through Amazon Mechanical Turk.

It was expensive annotating thousands of these images, but I certainly didn’t want to do it myself. Definitely worth it to start, but now I’m reluctant to spend more money on annotations now that Count is up and running as a proof of concept.

As for data versioning, I used git lfs to store the data, and appreciated FloydHub’s automatic data versioning to keep track of which model used which data. Proper ML shops will have a relatively fixed model and churn on the data to squeak out better accuracy. Since this was a proof of concept from a one-man shop, I experimented more with the layers of the model and less with the training data. If I were to take this to the next level, data versioning would be critical for me because I would be training the same model architecture in parallel with different data.

Have you shared your model with Shake Shack? Are they thinking about adding it to the official Shack Cam site? Please say yes.

Haha, no. There are weeks when Count's amazingly accurate, and some weeks, like snowy dark ones, where the model coughs up some weird numbers.

Knowing that Count is still susceptible to these edge cases has made me reserved about publicizing it. My main motivation was to learn and have fun on the way, everything else is a welcome bonus.

Let’s change gears to your recent work. You’ve been porting Crowd to run on mobile devices, where models are local to the device. You mentioned that this part of a trend called “Edge AI.” Can you explain Edge AI a bit more?

When dealing with networks, the term “edge” is used to describe the machine closest to the request. For example, in a CDN, an edge server is the server closest to the client. Borrowing that term, Edge AI describes a scenario where a neural network, or some other from of AI, is running on a local device, like your phone, as opposed to a server in the cloud.

What are the pros and cons of running models on devices versus on the cloud?

Core ML has been pretty pleasant. If you are using Keras, the coremltools will have you covered for most scenarios. There can be some nuances when dealing with variable sized inputs, as I discuss in my blog, but for most people, you can convert from Keras to Core ML with:

And then drag and drop the new file into Xcode.

My next project will involve sequences on recurrent neural networks (RNNs) and both frameworks have limited capabilities in that field. We’ll see what happens.

Are you thinking about porting to Android as well?

I wanted to cover Android, and thought about using Flutter, but I need to stay native for ML and could only take on so much at a time. This endeavor focused on Edge AI and I’ve learned a lot from it.

What are some real-world use-cases for your mobile device model?

I looked for your app on the iOS App Store, but didn’t see it there yet. Do you have any plans to release Crowd on the App Store?

This all uses iOS 12 Beta for Core ML 2, which won’t be available until around September 2018. Perhaps then I’ll release it.

Is Count publicly available for people to reproduce?

What are you hoping to learn or tackle next?

Any advice for people who want to get started with deep learning or programming?

Take Andrew Ng’s Coursera course! Or if you’re already knee deep in some data science, step out of the Jupyter notebook for a while and make something that works end to end.

Let’s pretend that Danny Meyer’s here with us -- is there anything you want to say to him? Any special requests for a new burger or shake option?

I’m pretty happy with the classics really. Treat those cows well so I don’t feel so bad eating them.

Where can people go to learn more about you and your work? 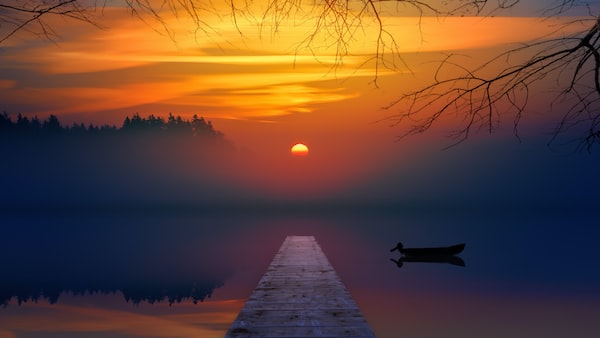